Riot Games announced today the official tournament details for LOCK//IN, the largest event in the history of the VALORANT Champions Tour. From February 13th to March 4th, 32 of the best teams in the world will battle it out at the Ginásio do Ibirapuera in São Paulo for three weeks of intense competition.

LOCK//IN will see every team from the Americas, Pacific, EMEA leagues as well as two invited representatives from China.

First, regions were paired into 16 first round match-ups, with each match-up consisting of two team slots.

Each team slot was assigned a random number from 1-10 to account for the 32 teams in attendance. (Americas 1-10, EMEA 1-10, PACIFIC 1-10, China 1-2). In line with our goal to maximize geographically diverse competition, teams from China were paired with team slots from the AMERICAS and EMEA.

Second, the 16 match-ups were distributed across two sides of the single elimination bracket to maximize inter-regional matches for the first two rounds. For this event, the two sides of the bracket will be referenced as Alpha & Omega:

Finally, a random draw assigned each of the 32 teams a number from 1-10 that corresponded to their region and an already placed team slot, giving us our final bracket.

LOCK//IN will consist of three stages of competition: 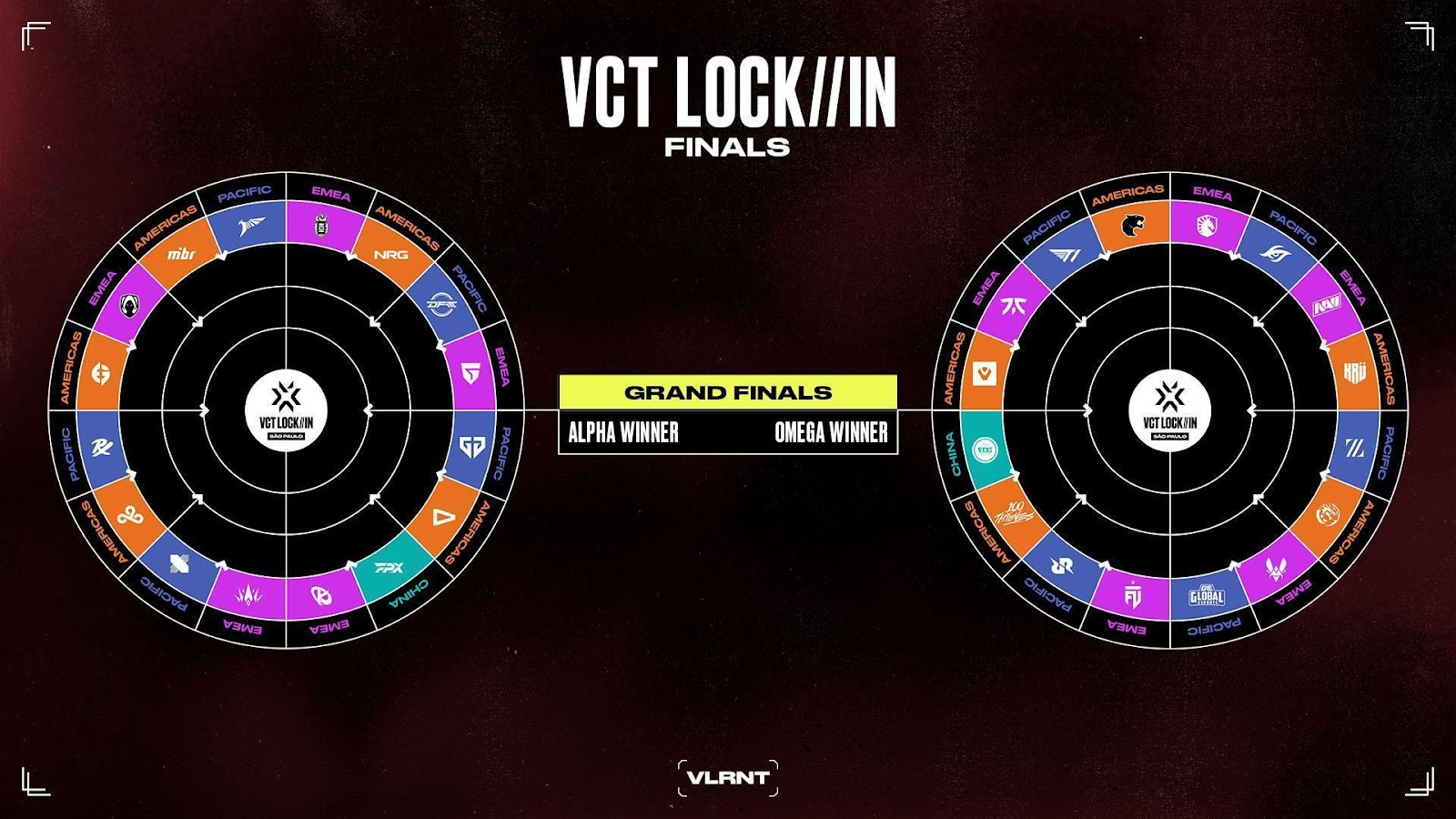 Dreamy Zelda-like Anodyne is free to keep this weekend

NASCAR bans real-life wall-riding: ‘We will penalize for that act going forward’