A tier list to help you get ready for the Halloween party.

The latest Halloween patch has stirred things up in Pokemon Unite. With all the nerfs and buffs to the existing characters and wild boss Pokemon, the game certainly needs a new tier list to guide players and tell them about the best ones in the current meta. The addition of a new mon has also given a twist to the list. Let’s have a look at the best ones in the game right now.

Yes, Eldegoss is a support Pokemon who is now unbelievably powerful in the meta. Not only is the Pokemon S-tier, it also holds the title of being the best supporter in the game. Abilities like Cotton Guard, which protects nearby ally Pokemon with a shield which absorbs damage and provides HP. Eldegoss also has one of the best Unite Moves in the game. The ability of Cotton Cloud Crash to heal allies and damage enemies at the same time is godsent in intense fight situations.

Cinderace is just extraordinary. Sitting comfortably on S-tier, the damage this Pokemon does in the late game is insane and there are few attackers who can match its presence. Cinderace has a very weak laning phase and often requires jungle farm in the early game. However, once it gains relevant levels, the Pokemon becomes powerful and hard to deal with. Cinderace’s Pyro Ball does hefty amounts of damage and Flame Charge helps it escape or engage enemy units. Her Unite Move Blazing Bicycle Kick does massive damage to all the units hit by it and has high utility in late game fights.

Venusaur saw a nerf to the Giga Drain ability with damage reduction. However, with an increase in damage of Solar Beam, the Pokemon might see the trainers picking it more. Petal Dance is still very effective in the game and while we are yet to discover the success of Solar Beam, Venusaur feels like a solid high A-tier or lower S-tier Polemon.

Zeraora was A tier at max in the last patch. However, with recent changes to other Pokemon, the speedster is giving S-tier vibes. It is a solid choice for anyone looking to play solo queue or in a team. Offering high damage and ability to escape ugly situations, Zeraora is a well-rounded package. Both Spark and Discharge are extremely useful and most picked abilities. On the other hand, a correct choice between Volt Switch or Wild Charge can make the game easier. Zeraora has all the tools needed to score goals, attack the enemy and even take part in team fights helping the allies. 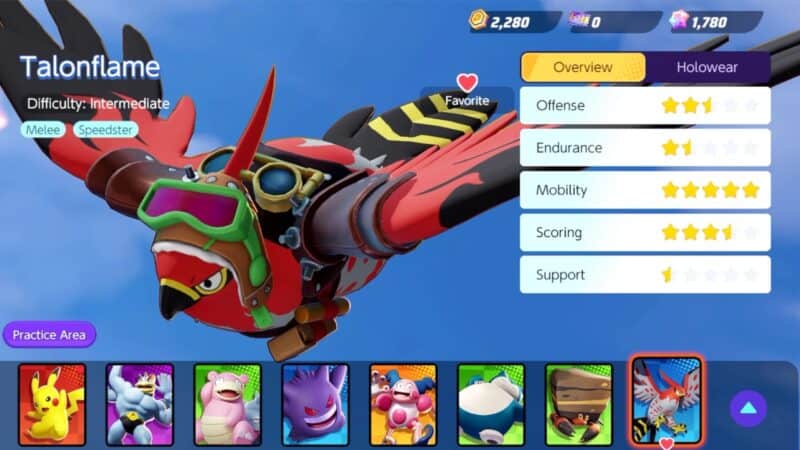 We have put Talonflame in the list because of its ability to solo carry games. The Pokemon has amazing at stealing wild boss Pokemon, including Zapdos. It also excels in dishing out tons of damage in short bursts. These are all the points required to win games in solo queue. Talonflame is weak early in the game and hence requires jungle. However, it can take wild Polemon quickly and gain crucial levels needed to dominate the game.

Biohybrid robot made with mouse muscles successfully walks, might think and boink later

Who’s up for a bit of WW2 Tactics? Second Front releases this week