With the help of Components, you will be able to further unlock abilities for Peter Quill aka StarLord.

Marvel’s Guardians of the Galaxy is an action-adventure video game developed by Eidos-Montréal, published by Square Enix which was shipped on October 26 to a plethora of gaming platforms including, Microsoft Windows, Nintendo Switch, Playstation 4 and 5 along with Xbox One and Series X/S.

The game revolves around a pack of five mercenaries involving Peter “StarLord” Quill, Drax the destroyer, Gamora, Rocket, and Groot who wander around different galaxies, working under contracts in a bid to fund their living on their spaceship, “Milano”.

Once you’ve started playing the title, you must know about the game’s environment which would provide you with materials to upgrade, explore additional storylines, and much more. As you solely play Peter Quill throughout the game, you must know that acquiring Components and Advanced Components would help you to further bolster Peter’s Superhuman abilities and install a wide range of perks on the former’s weapon.

Let’s find out where to acquire these kinds of components in the game:

In Guardians of Galaxy, you may get Components of two types.

Although you may require both types in order to invest in an upgrade.

Basic Components look like cylindrical items lying around in a clump and can often be found in some corners or down across a beaten path.

Advanced Components are yellow and dark metal spheres which are indeed tough to acquire and can be found around different levels in the game or you may need to thoroughly explore your surroundings before jumping off to the next mission. 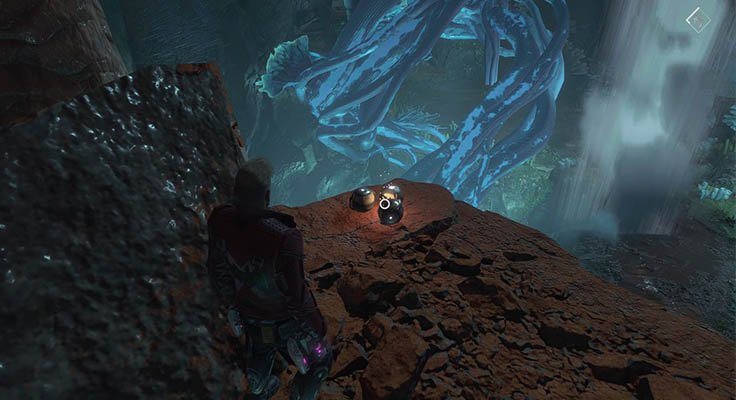 To further cushion your search for these components, you may even invest in the “Components Localizer” Perk once you are able to afford the latter. We at TalkEsport strongly suggest you make this investment, early in the game. Upon doing the same, you can equip your Visor by pressing “V” on your keyboard which would tag the components in case you missed some.

Upgrades are usually done on the Workbench provided on your ship Milano however you may stumble across other Workbenches across every active mission.

Update: The Legend Of Zelda: Tears Of The Kingdom Costs $70

Grim Guardians: Demon Purge is another gothic platformer from Bloodstained: Curse Of The Moon dev