The Halo Infinite Joint Fire event has just started up. This is everything you can unlock in-game and how the event is going to work.

Halo Infinite’s latest event is Joint Fire. It’s the first decent content drop in the relatively sparse early 2023 for Halo Infinite. While there isn’t too much coming up, we are getting Joint Fire. This is one last big event before Season 3 kicks off. It’s started up today in Halo Infinite. There’s a fair bit of new content coming with the Halo Infinite Joint Fire event, including a classic armor finally hitting the game in full.

Joint Fire is continuing a lot of the content first teased in the Winter Update. There’s a game mode from that update for Halo making a reappearance, but also brand-new cosmetics. These are totally free additions to Halo and a nice treat for players sticking with the game in these quiet months.

This is everything you can expect in the Joint Fire event along with how you can unlock the Reach armor in full and all of the rewards.

Convert One Flag is a mode that originally dropped along with the Winter update. It’s making a return for the Halo Infinite Joint Fire event. This mode is central to the current event.

If you didn’t jump in before now, it’s a simple game mode. Players are attacking or defending a single flag. It’s a variation of 4v4 CTF. Players get unique loadouts on each team though.

Those attacking have access to unlimited active camouflage. Those who are defenders have unlimited thread sensors. It’s a set-up for both teams to have a key feature to use. The game mode is a fun variation of a classic with asymmetrical gameplay. 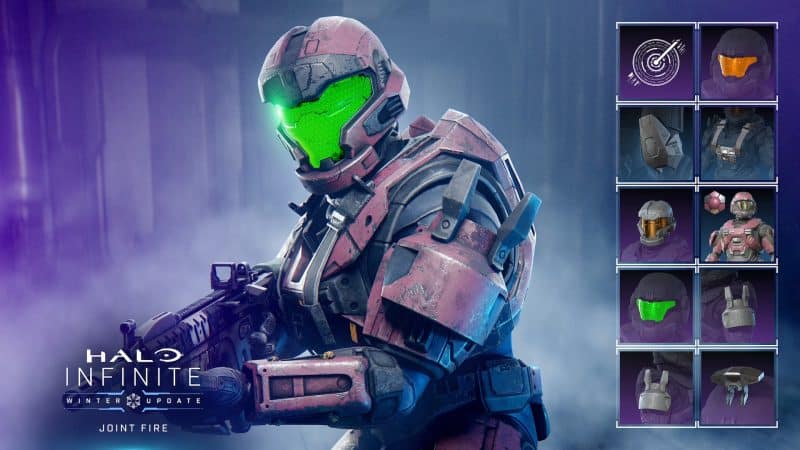 The main event of Halo Infinite Joint Fire is the free rewards that are being dealt out. There’s classic armor coming to the game straight from Halo Reach. The event pass is going to be free too, so players are all getting access to this. The pass is a gradual way to build up the JFO-Class Mjolnir armor. It originated in Halo reach. You can get through the Joint Fire event pass and earn the new armor by completing special challenges in the Joint Ops playlist.

You can get your hands on totally free cosmetics, like two new visor colors and the full set of armor. There’s also a brand-new armor coating too. You can claim these rewards throughout the Joint Fire event.

It’s a 10-tier reward Pass. Each tier is going to yield a different reward for playing through Halo Infinite’s Joint Ops game mode. You only have a few weeks to get through it. But at only 10 tiers, it shouldn’t be too much of a struggle.

These are the rewards for the tiers on the Joint Fire Battle Pass.

These are all free, but you’ll need to get to the top of the Event Pass to unlock everything. Players will have to play through the new content in the game to get through all these tiers and unlock everything in-game. 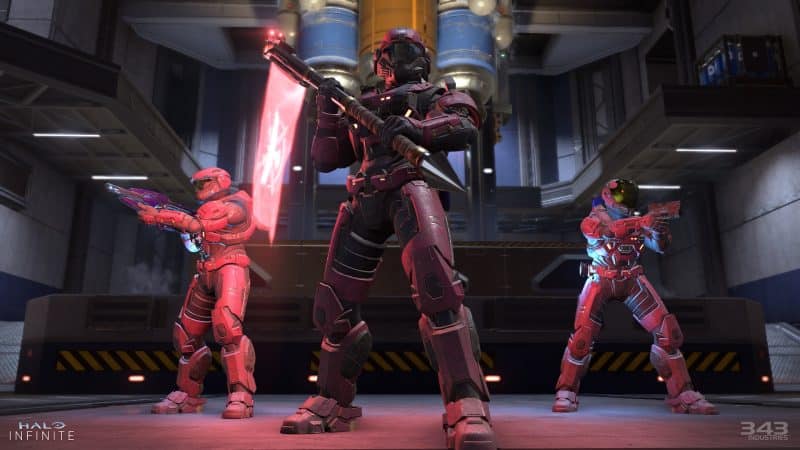 The Halo Infinite joint Fire Challenges are key to getting through all of the tiers of the Event Pass. They’re confined to Joint Ops. Although, there’s a range of different goals so there’s some variety.

These challenges use some specific weapons. However, most of them are just going to be unlocked through winning rounds and getting your personal score built up. Performing well in the game is the main way to unlock the new armor, there isn’t a specific strategy or anything to keep in mind here.

These are all the Joint Fire Challenges.

Each of these challenges are going to give you XP but also move you another tier up the Joint Fire Event Pass. Get through all of them and you’ll have the full armor and other cosmetics that are included.

Most of these quests just come down to playing through Joint Ops. You don’t really need to alter how you play. Outside of using a couple of weapons for some of these challenges.

When Does the Halo Joint Fire Event End? 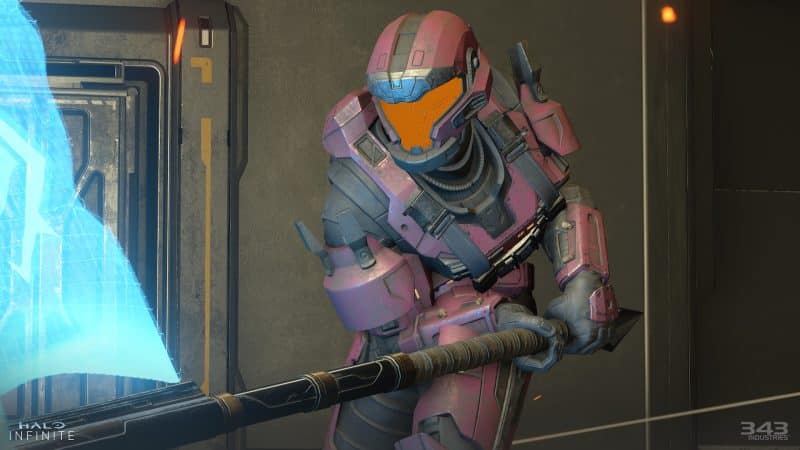 The event is due to start on January 17. It’s going to be up in the game for a decent run of time too, keeping going all the way over to January 31. That gives quite a few weeks for players to get through all of the content in Halo Infinite Joint Fire.

The event is the only thing really still on the roadmap for the foreseeable future. We’ve got Joint Fire till the end of Jan. February is a lot emptier, there’s nothing on the roadmap shared so far before the season starts. Season Three is due to start up in March, so make the most of Joint Fire while it’s here. The time between is mainly going to be a chance for players to polish up on their skills before the next section of the game kicks off.

Before the new season starts though, Halo Infinite esports are making a return. The HCS Charlotte Major is hot approaching, once Joint Fire is over you don’t have to long to wait before the HCS makes a return.

A chat with the creator of Birth

PS5 Games Will Have Discord & Cloud Streaming Support In v7.00