Like a phoenix, competitive Halo has risen from the ashes following the release of the series’ latest installment. Halo fans have waited since 2018 for Halo Infinite. 343 Industries shocked the world at the Xbox 20th Anniversary event, where the developers announced that Infinite’s multiplayer would be available to play for free ahead of its December release date. Naturally, fans of the series flocked to their PC and Xbox to begin their Halo Infinite journey.

As fate would have it, the Halo Championship Series (HCS) began revealing more details regarding the Halo Infinite season. With an already planned LAN event slated for December 17 in Raleigh, North Carolina and several reputable esports organizations along for the ride, competitive Halo is making a triumphant comeback in 2022.

Since the release of multiplayer, HCS provided their complete roadmap for the upcoming Halo Infinite competitive season, and ESTNN is here to break down all of the crucial details. 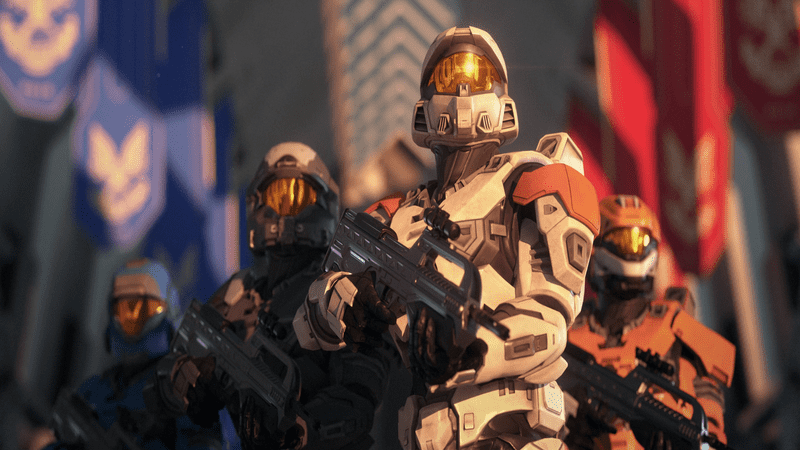 Worldwide competitions are an essential part of any competitive game’s ecosystem. HCS has taken the liberty to secure partnerships with DreamHack, Gaming Partners and ESL Australia for global online tournaments. These operators respectively cover Europe, Mexico and the Oceanic regions. 343 Industries has released a cosmetic pack to help grow each Halo scene. A portion of each sale will benefit the tournament as mentioned above operators.

Online tournaments in Halo serve the purpose of giving professional and amateur players a platform to make a name for themselves. In that regard, HCS has inked a partnership with Faceit for all of its online competitions. HCS will utilize Facit’s tournament APIs to create a “seamless tournament experience” across the board. The two parties have agreed to build the Halo Infinite Faceit Pro League (FPL), which they’ll detail more down the line. 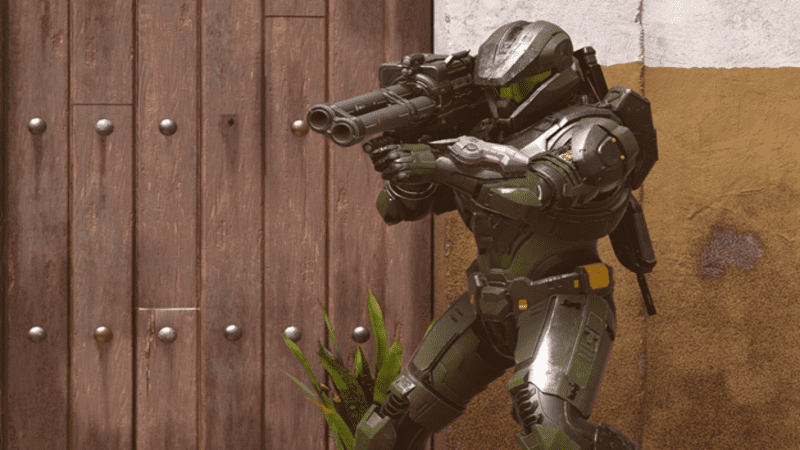 The Halo Championship Series is pulling out all the stops this season from a viewership perspective. In 2022, partnered tournament organizers will broadcast hundreds of hours of online tournaments, qualifiers and live events worldwide. Streams will occur on the Twitch and YouTube streaming platforms to increase competitive Halo’s reach.

What’s more, HCS’ partnership with Twitch includes Twitch Drops, where players can unlock free in-game items. The update did not include how players can link their accounts but expect something soon.

Here are all of HCS’ channels that you can follow to receive notifications when tournaments begin:

Money is the root of competition in any esports, and Halo has had quite a history in this regard. Professional players humbly began their days competing for a few thousand dollars. That has changed since then, and the last Halo World Championship sported a $1M USD prize pool. HCS announced that the Infinite season would begin with $3M USD prize pool. That figure will increase significantly through crowdfunding.

Here is the expected prize distribution per region for the 2020 season:

Halo Infinite is merely a few days old, but tournament maps and game modes are a must for the competitive scene to start. That information is now public, and professional teams have started scrimmages based on the framework.

Here is the complete list of maps and game modes:

Oddball, Strongholds and Capture the Flag figure to be the objective game types. It’s worth offering a refresher that it will be a Battle Rifle start in competitive matches, and the radar is turned off. 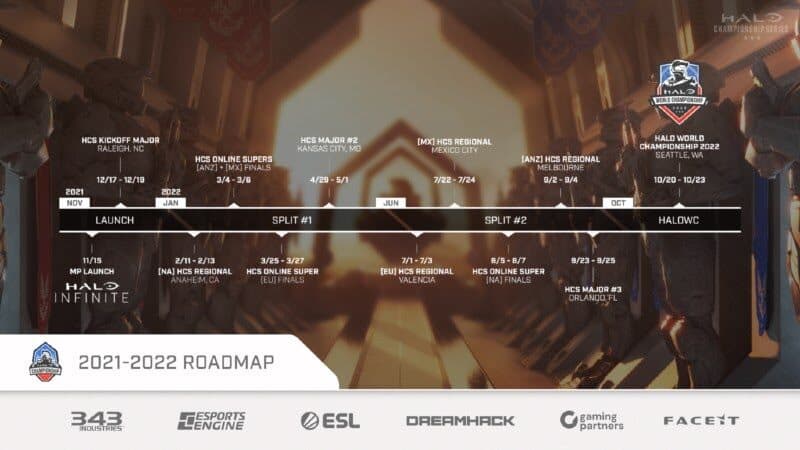 The HCS Roadmap for 2022 includes a few in-person events and a planned Halo World Championship next fall. Those LAN events are on the schedule for December, February, April, September and October. Apart from those, HCS and its tournament partners will host a slew of online competitions.

Here are some critical dates for this season:

The world’s best teams are on the precipice of the season’s first event and it will build toward the season-ending Halo World Championship in October. HCS is giving Halo the attention it deserves, which should make Halo Infinite a standout competitive game. Be sure to check out HCS’ complete announcement for all the details.