Who will make it through to the Worlds 2021 Grand Final?

The 2021 League of Legends World Championship Semifinals is just around the corner. With only four teams left, the end of Season 11 is upon us. DAMWON KIA, T1, Edward Gaming and Gen.G are two best-of-fives away from lifting the coveted Summoner’s Cup. Here’s a preview of the Semifinals and how each team got to this stage.

In what many are calling the final before the final, the two best teams at Worlds 2021 square off. There is no doubting how dominant both T1 and DAMWON KIA have been at this event. The two powerhouses have shattered every statistic and are poised to deliver what should be an exciting best-of-five.

There are many storylines going into this series and here are some of the key points. Starting with T1, on another day and another bracket, even another format, we would be seeing them in the Worlds Final. It is criminal that these two teams have to square off in the Semifinals. Reminiscent of the ROX vs SKT Semifinal in 2016. That series ended up being one of the greatest of all time, and this series could live up to a similar light.

Khan’s last chance at the top

Kim “Khan” Dong-ha is having the tournament of his life. He has been one of the best players in the tournament and it would be extremely poetic to see him lift the trophy that has eluded him his whole career. Due to military service, Khan will be forced to retire at the end of the season, meaning this World Championship was always going to be last. While he did have the opportunity to play in the Spring Split, no team with international aspirations would pick Khan up even for a single split.

The final big storyline coming into this is the prospect of T1 winning a fourth World Championship. The winningest team in LoL history has the chance to expand on their previous World titles and stop DAMWON from forming their own dynasty. While they looked hit or miss in the LCK this year, T1 has stepped up massively this Worlds and has shown great improvement, even beating their rivals in DAMWON in many areas as far as the stats go.

While T1 has vastly improved since the start of the tournament, the safest bet is to go with the defending World Champions in DAMWON KIA. Their ability to pick apart teams even from behind is reminiscent of the classic SKT T1, and it’s time for a new dynasty to take over. This series will likely go 3-1 in favor of DAMWON as they look to further cement their legacy.

The second Semifinal was confirmed yesterday, as Korean side Gen.G swept Cloud9 to officially eliminate the west from the 2021 World Championship. It was a mixed bag as far as the series went for Gen.G. They showcased how strong they can team fight but ultimately struggled during the mid-game, an avenue Cloud9 should have taken advantage of in games one and three.

Gwak “Bdd” Bo-seong has been one of the star players of the tournament and he was a monster in his series versus C9. For years, Perkz has had his number and it was refreshing to see him show up in a big way on the international stage. 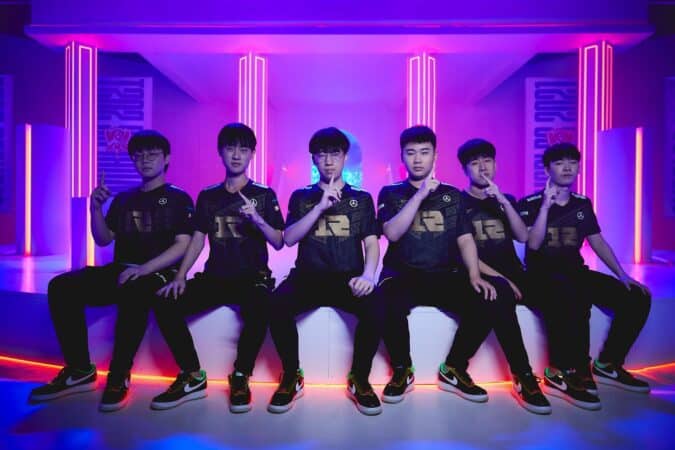 Edward Gaming slew their demons as they finally made it past the Quarterfinals at a World Championship. EDG took down 2021 MSI Champions RNG in a five-game thriller to secure their spot in the top four at Worlds. While historically this season they have relied heavily on their bottom lane to pull them through, it has been a team effort this time around with both solo laners pulling their weight.

While many could consider them lucky they do not have the two best teams in the tournament on their side, it is a great opportunity for both of these sides. RNG for many years has strived to reach the World Championship Final. Even during their years of dominance, they were never able to show up when it mattered most. This is the same for EDG, they have world-class talent on their roster, they just haven’t been consistent when they need to be.

While Gen.G, and more importantly, BDD, had some highs against Cloud9, they are still the same team that will struggle against better competition. Games one and three could have easily gone the way of C9 but C9 were unable to close. Gen.G’s mid-to-late game is still suspect and it’s hard to see EDG letting them off the hook that easily. That’s why EDG will most likely take down Gen.G in 3-1 fashion.

Check out this Ultima-style RPG with a modern indie flair