Hello everyone, following our combat system overview, we wanted to give you a preview of our death and aging mechanic. We have received a lot of questions regarding our progression system, and I tried to answer some of them below!

Kung fu or “gōngfu” can refer to any discipline or skill achieved through hard work, practice and patience. kung fu as a martial art carries the concept of endless self-improvement, of a mastery kept alive and relevant by permanent practice. In that sense, a single life is never enough to know, or have, kung fu.

In Sifu, our hero, although they’ve been training their whole life, are only 20 years old. They are driven by a burning desire for revenge and will have to face a dangerous group of assassins, who have become prominent figures of the city and are based in well defended strongholds. Our young student does not have the luxury of an entire life ahead of them to improve their kung fu, and as they depart on their path of revenge, at dusk, they will have to find and defeat all of their enemies in a single night.

As we have already shown before, our hero has one powerful tool to help them on their quest: an ancient pendant that can heal them back to life. But nothing is ever free. That pendant has to be fueled with life energy, and every time they get back up, they will age.

That means that you will start the game with a limited resource that you must manage carefully if you want to reach the end of your quest. Aging will not make you weaker, but it has a slight impact on your abilities: as you get older, you will trade maximum health for offensive power. Your character’s model will also showcase how old you are, and you will be able to contemplate the consequences of your actions. But getting older has no drawbacks on your abilities and you will be able to complete the game at any age. 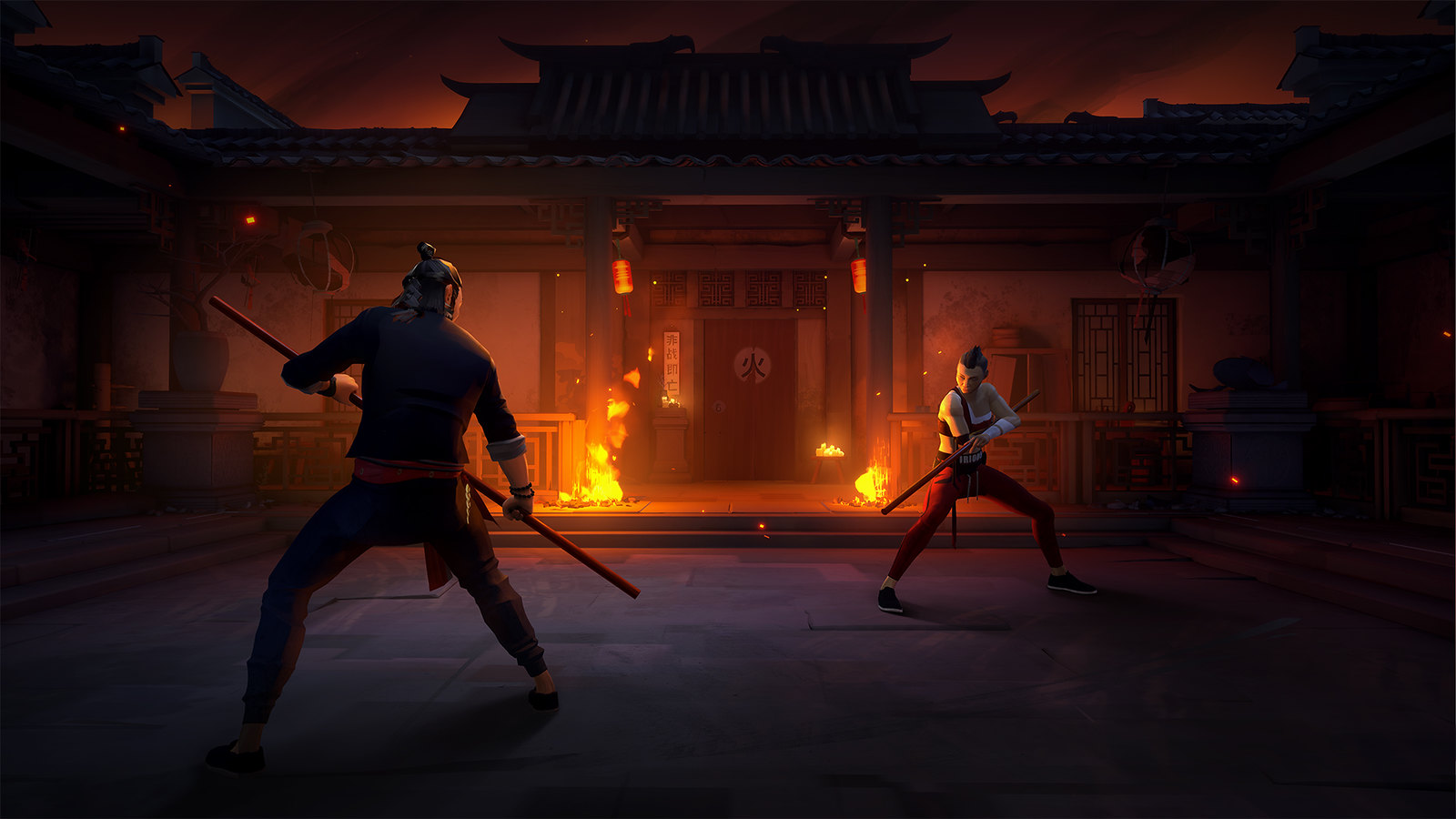 The ability to rise up after death gives the opportunity for players to get right back in the action, over and over again. Before getting back to the fight, the death screen is actually a good spot for players to take a breather and reflect on their past mistakes. It is where they’ll be able to unlock new skills and open more options to deal with the situation that caused their demise. Skills can also be unlocked in the hero’s Wuguan, accessible between missions, and in Shrines found throughout the levels.

Shrines will also allow you to improve your character during runs, by giving the player a choice between different perks, each one with different costs or requirements. Along with skills, it will allow you to specialize depending on what you feel you need the most: more health, additional focus charges, max structure increase, weapon durability etc.

Those upgrades are not lost on death, and along with the ability to rise up immediately when you fall, it might give you at first a feeling of invulnerability. But this will not last, and the more you die, the faster you will age. This takes the form of a death counter: the first time you die, you’ll age by one year. The second time, by two years, the third by three, and so on. The only way to lower or reset that counter is to use one of the available shrines or beat specific enemies such as the chapter bosses.

Ending a chapter will reset your death counter, but your age will not be affected. There is no way to get younger, you will only get older as you fall and get back up – you can cheat death for a while, but in the end time catches with everyone. Past a certain age, you won’t have enough life left in you to sustain the pendant, and you won’t be able to get back up anymore. Your ultimate death will translate into a definitive game over.

Although you will lose your unlocked skills and upgrades upon a game over, some elements are persistent. Each time you complete a chapter of the game, it will create a saving point with the age you had when you finished it. You will be able to continue on to the next chapter or play it again to try and improve your performance. Besides save points, you will be able to permanently unlock skills by spending more experience points, making them available right away at the start of a new run.

Finally, the detective board, which illustrates the progress of the main character on his investigation, will retain all the information you’ve already gathered, even after a game over. Beside keeping track of the various clues and story elements you gathered on your five enemies, the detective board will also show you shortcuts, hidden rooms or doors you unlocked on previous playthroughs, allowing you to quickly get back on track.

These features will help you on your quest of revenge, but they will not replace training and practice.

Previous articleBlack Friday Gaming chair deals 2021: when and where to find the right chair for you
Next articleDr Disrespect Showcases Insane Halo Infinite Skin Concept

Understanding the Reasons Behind its Shutdown