The threads of Destiny’s narrative are far-reaching, touching practically every aspect of the game. Over the past year or so, Destiny players have experienced a narrative unfold around one of the game’s most beloved characters: Osiris. From the death of his loyal Ghost, Sagira, to his increasingly suspect behavior, questions have followed the famed Warlock and former Vanguard commander for months.

At the start of Season of the Lost, the truth was revealed. In case you didn’t already know — SPOILER ALERT — Osiris wasn’t Osiris. In fact, Osiris hadn’t been himself for quite a while. Savathûn, the Sister of Shapes, the Witch Queen herself, revealed to Guardians that she had traded places with Osiris months prior, and had been sowing discontent in the Vanguard ever since, creating rampant speculation and spawning wild theories among Destiny lore hounds throughout the community along the way.

And that’s exactly the way the Bungie Narrative team planned it.

Over the past year the Narrative team has dug deep, planting the seeds of Savathûn’s deception throughout the game in unexpected ways. Today we’re looking back at some of these pivotal moments and talking with the team about what it was like to bring this story to life.

The Savathûn/Osiris narrative was the result of countless discussions within the Destiny Narrative team and something that was planned long before it unfolded in the game. The team had an overarching goal of raising the narrative stakes in the game without resorting to killing characters. They also knew they wanted to embed Savathûn into the Last City; as a born trickster, having her impersonate someone and walk amongst the people felt right in line with her character. Furthermore, the Last City was chosen because Savathûn knew it was the last place her sister and rival, Xivu Arath, would look for her.

“From there it became a conversation in the writers’ room about who the best candidate was for her to impersonate,” said Bungie’s Senior Narrative Lead Julia Nardin. “We landed on Osiris because of his relationship with Ikora, his former apprentice, which gave Savathûn the most direct access to the Vanguard.”

The first moment where the Witch Queen took over for Osiris came during Season of the Hunt. Early on, players found a series of audio messages from Mara Sov and Osiris in Zavala’s office. The line where Osiris declared that his Ghost, Sagira, had died in an attack – that was not Osiris at all, but rather Savathûn taking the Warlock’s place for the very first time, beckoning players to the Moon. For extra credit, Savathûn orchestrated the player’s first meeting with Crow, creating the situation where players witnessed him “rescue” Osiris from one of Xivu Arath’s minions.

What followed was a carefully calculated campaign of Savathûn manipulating people and spreading distrust and doubt within the Vanguard. Nardin said one of her favorite examples of this was how quickly Savathûn-as-Osiris tanked the initial meeting between Caiatl and Zavala at the start of Season of the Chosen. As soon as Caiatl proposed the alliance between the Cabal and the Vanguard, Savathûn stepped out of the shadows and began questioning Caiatl’s trustworthiness.

As Nardin explained, “Savathûn couldn’t afford an official alliance between humanity and Caiatl’s Cabal, so she sabotaged it. But she did so in a way that prevented Caiatl from launching a full-scale assault on her hiding place, and when it came time to de-escalate the conflict she helped to create, she made sure that her solution kept all the players on her chess board.” 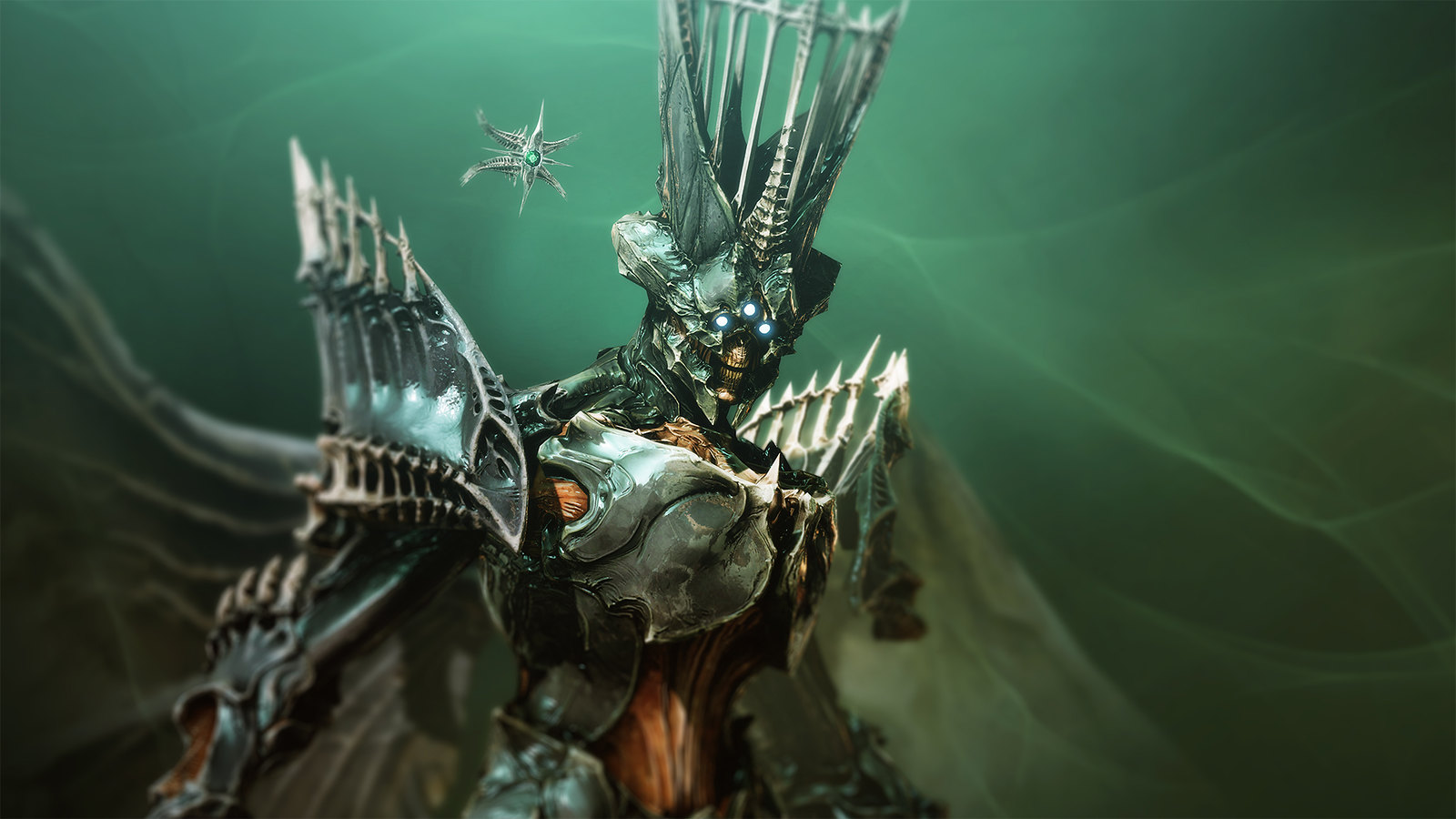 After assuming the identity of Osiris and driving distrust at every turn, it was inevitable that Savathûn’s ego would get the best of her and that her façade would ever-so-slightly slip. A good example of that was evident during the showdown against the High Celebrant in Season of the Hunt, where Savathûn-as-Osiris, in a prideful outburst, briefly belied her real attitude towards her sister Xivu Arath, claiming she “has no ambition.”

“This line came from a discussion in the Narrative Writer’s Room where someone suggested, ‘What if Savathûn is really annoyed that Xivu Arath has no imagination and is basically just copying her?’” said Bungie Senior Narrative Designer Nikko Stevens. “It showed a little flash of who was behind the Osiris mask and was one more clue that there was more happening underneath the surface.”

It just goes to show that even when control of the universe is at stake, there’s still room for sibling squabbles. 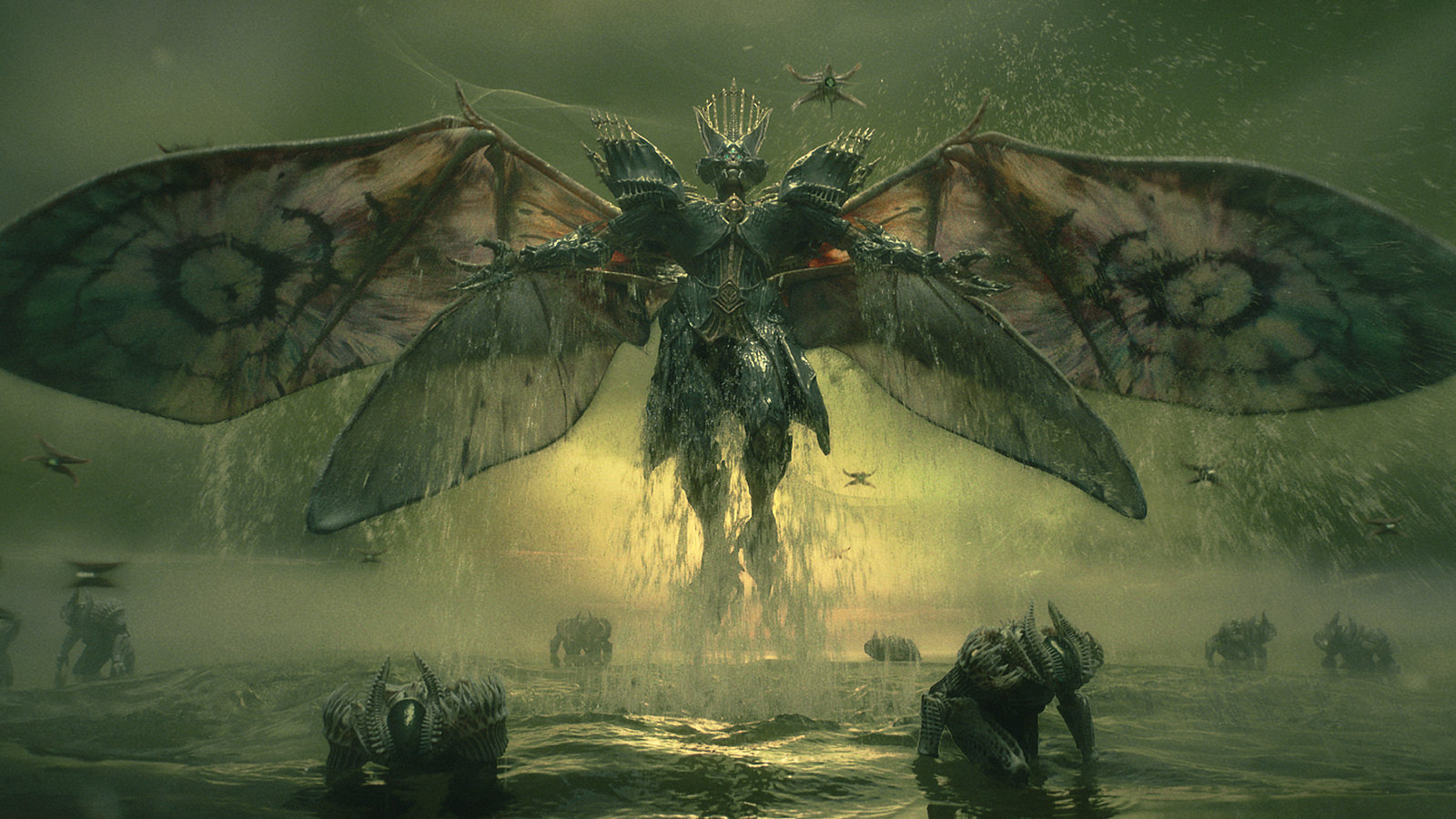 A Step Too Far

By Season of the Splicer, Savathûn’s schemes moved into even more dangerous and divisive territory. As Osiris, Savathûn leveraged people’s fears and distrust of the Eliksni refugees living among them, and weaponized it against the Vanguard through Lakshmi. When Saladin came knocking to make amends and help strategize, Savathûn implied that the people believed he was behind the earlier assassination attempt on Zavala’s life and turned him away. Every move she made continued to distance Zavala and Ikora from their existing allies. Perhaps worst of all, she used Osiris’s relationship with Saint-14 to try to get him to help overthrow the Vanguard.

Yet all this subterfuge was beginning to take a toll on the Witch Queen. “Even though all this deception feeds her worm, this parasite that gives her power, it still wasn’t enough,” Nardin said. “Savathûn made so many mistakes during Season of the Splicer because she was in a great deal of pain. She was desperate, and when Savathûn gets desperate she gets sloppy.”

For example, at one point, flustered and weary from months of shapeshifting, Savathûn stammers through a contradiction during a conversation with Mithrax, claiming the Black Armory has things under control. Sharp dialogue enhanced by a great performance from Osiris voice actor Oded Fehr really brings Savathûn’s momentary struggle to life.

“We worked closely with Oded on the Savathûn-Osiris storyline twist,” said Stevens. “In fact, when we told him of the swap, he was delighted and immediately adjusted his performance for Season of the Lost to sound more like ‘Savathûn-as-Osiris.’” 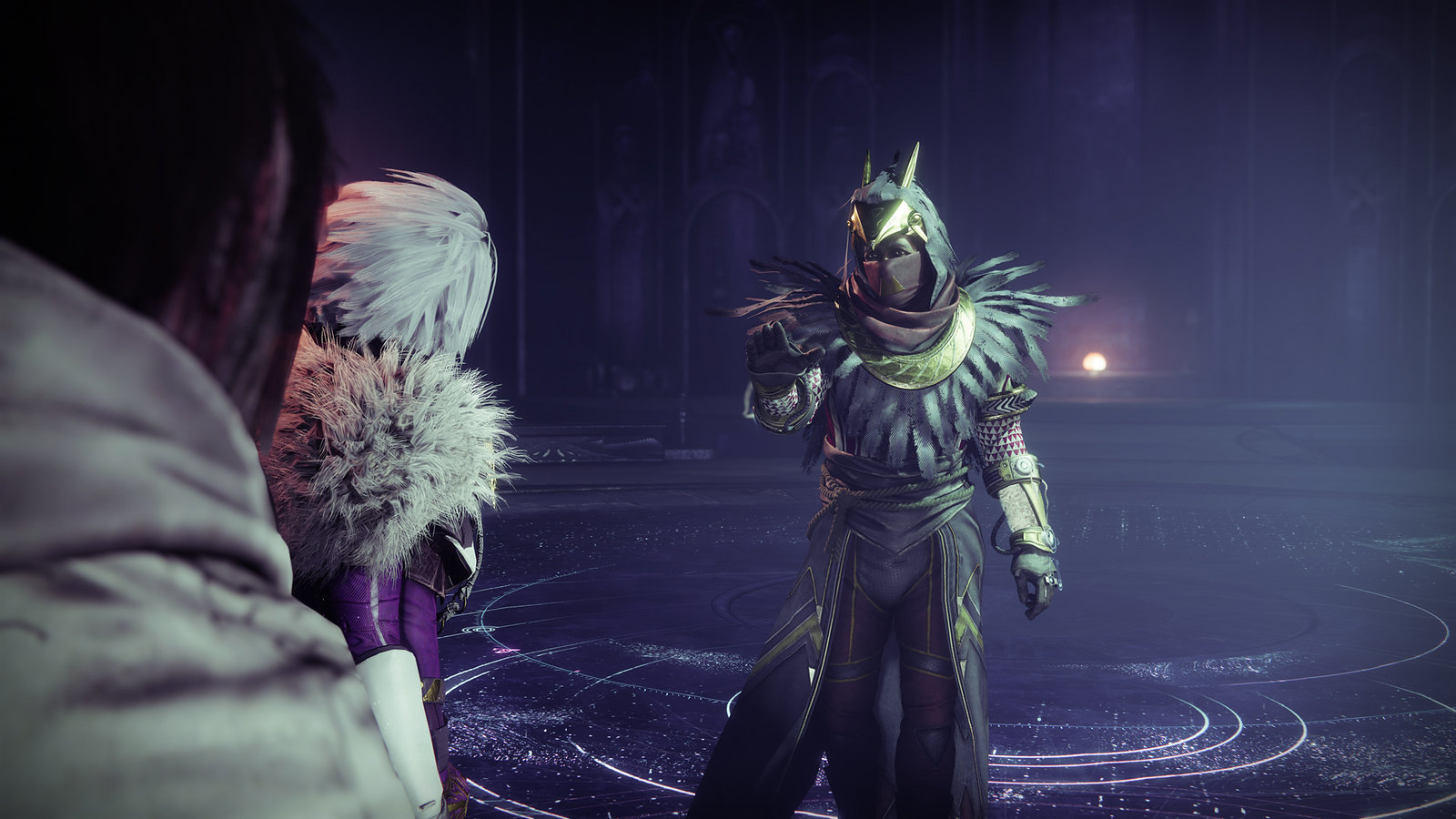 Throughout multiple Seasons, the team worked to bring the Savathûn-as-Osiris plot to life in different ways. Still the team knew that “the big reveal” would need to make an impact. They also knew that many players would have seen information on The Witch Queen after the Destiny Showcase in August, so the decision was made to put Savathûn’s admission front and center immediately in Season of the Lost.

“At the time we were working on Season of the Lost, we didn’t yet have a character model for Savathûn, so we had to get creative with her onscreen transformation and how she’d maintain a physical presence in the world leading up to Witch Queen,” Nardin said. “So much of game development is finding solutions to these sorts of challenges, especially when we’re walking multiple creative paths at the same time.”

The Savathûn reveal was the payoff for all the breadcrumbs and subtle nods that were threaded throughout the last three Seasons and a grand setup for the action yet to come. Guardians now know the truth and, while Savathûn’s deceptions have been revealed, the fallout is something that Guardians will be contending with in The Witch Queen expansion, in Season of [REDACTED], and beyond.

Interested to know what happens next? Don’t miss The Witch Queen when it’s released on February 22, 2022!

How to open locked doors in Hogwarts Legacy

Daytona USA was one of the miracles of the XBLA era, so grab it while you can

How to open locked doors in Hogwarts Legacy